Decision time is soon upon us.  The election of November 2016 will include races for the presidency, a third of all U.S. Senate seats, all seats in the House of Representatives, and many, many state and local races.  In this section, we will consider some of the upcoming races, and look at the candidates and where they stand on the future of education.  Check back from time to time as we more fully develop this feature.

California has not had an open seat for U.S. Senate since 1992.  That was a historic race – the first to elect two women from one state to the Senate.  Since then, for 24 years, Democrats Dianne Feinstein and Barbara Boxer have represented California in the Senate, each winning reelection each cycle.  This year, Barbara Boxer has opted to not run again.  And again, California is making history. Two women of color, California Attorney General Kamala Harris and Congresswoman Loretta Sanchez, both Democrats, were the top vote takers in the primary election.  This ensures that the State will continue to be represented by two women, and importantly, that California, a remarkably diverse state, will have a more diverse representation in Congress.  Harris claims both African American and East Indian heritage, while Sanchez would be the first Latina ever in the Senate.  Both are children of immigrants.

Kamala Harris was born in Oakland, is a graduate of Howard University, and has a law degree from the University of California, Hastings Law School.  She later worked for both the Alameda County District Attorney’s Office and the San Francisco District Attorney’s Office.  In 2003, she ran for and won the race for San Francisco District Attorney.  She served in that role for eight years.  She then ran for and won the race for California Attorney General and continues to serve in that position.  In all of her positions in criminal justice, Harris has taken progressive positions, stressing the need for prevention, working to reduce recidivism, seeking better approaches to reduce truancy, and advancing smarter use of technology. 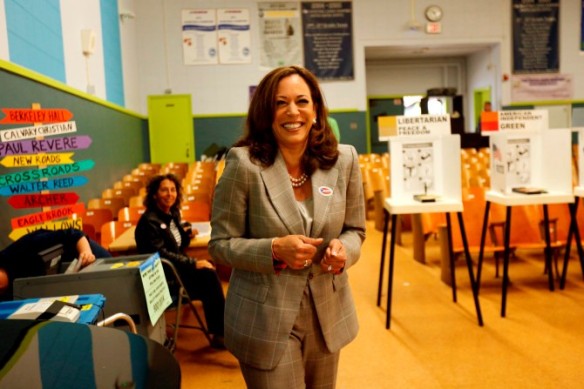 Harris’ campaign has an extensive set of position statements on education.  She includes position papers on K-12 education (http://www.kamalaharris.org/issues/education/ ) and higher education (http://www.kamalaharris.org/issues/higher-education/ ).  Both of these documents include substantial information on both Harris’ positions, and highlight her work on issues as District Attorney and as Attorney General.  A few examples of this work include:

Loretta Sanchez was born in Lynwood, California and is a graduate of Chapman University and American University’s MBA program.  Prior to becoming a member of Congress, she worked in the financial markets.  In 1996, Sanchez won election to the House of Representatives from Orange County, California, and has served since that time.  She serves as the senior member of the House Armed Services Committee and was an original member of the House Homeland Security Committee.  She is also the founding member of the Women in the Military Caucus. 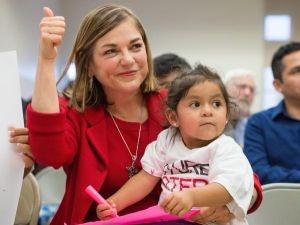 Sanchez’ campaign website has a somewhat short issue paper on education that includes: